The voice of the past: God and grammar

A few years ago, David Marr gave a public lecture, 'The Role of the Writer in John Howard's Australia', expressing his earnest wish that more Australian novelists would write fiction about the conditions and the values of contemporary Australian life; that they would engage more directly with its daily texture and its political questions, and the way that the latter shape the former.

In the last decade or so there have been several good novels of the kind Marr meant: Amanda Lohrey's Camille's Bread and Elliot Perlman's Three Dollars are the first that come to mind. Such historical novels as Moorhouse's Grand Days and Kate Grenville's The Secret River are also profoundly political, but I think Marr meant something more specific, something more like the direct critique that realism can deliver: something with a narrower gap, if you like, between the metonymic and the mimetic.

The discussions about art and politics and propaganda have been had to death, in great detail and at high levels of complexity, and people are never going to agree about them. But having read first The Secret River and then James Bradley's The Resurrectionist over the last half-year or so (and before I go on, both books are recommended; this is a quibble. A biggish one, but no more), I've been thinking about a more specific question raised by the writing of historical fiction.

Isabel Wyly was penniless orphan when she emigrated alone, at 18, from Dublin to Adelaide in 1851. Writing to her sister-in-law Matilda back in Dublin on July 2, 1856, she began her final paragraph like this (all errors are sic):

'Bein limited to time, as the Mail starts tomorrow, I must bring thiss cribble to a conclution, leeving you and your deer little ones to the care of Him who will never forsake, tho all friends may. He will never if we do not forsake Him, and if it should Please Him that we should not meet agen in this World may we all meet in the next where all truble shall be at an end ...'

That is the authentic voice of the mid-nineteenth century. You can hear it in endless diaries and letters. Isabel may not be able to spell 'dear', but she knows it's 'care of Him who will never forsake', not 'care of He who will never forsake'; and she believes utterly in God as the moral, spiritual, even emotional centre of the world in which she finds herself.

How then is a contemporary novelist, unarmed either with Christian faith as a matter of course or with a thorough grounding in grammar at an early age, ever properly to replicate an individual voice from the past?

Kate Grenville wisely avoids first-person narration; her story is mainly channelled through the POV of her hero, and 'free indirect discourse' -- third-person narration, but seen through his 'thoughts' -- is her chosen narrative mode. She uses phrasing that delicately suggests and echoes, without attempting to ventriloquise, the speech patterns of the period.

James Bradley takes on the far more difficult task of creating period speech and thought patterns in the first-person narration of his protagonist Gabriel Swift. This book has some very good things about it, and the school-of-anatomy and grave-robbing stuff is absolutely gripping, but the narrative voice is an inexact, over-insistent pastiche of 'the past' in its rhythms and usages, and Bradley lost my readerly suspended disbelief with Gabriel's very first ungrammatical pronoun. No young man in London in 1826 who was sufficiently well-educated to speak in Gabriel's mannered and articulate voice would have said 'a habit which will often bring Robert and I to tears of hilarity', or 'knowing it was her of whom we spoke'.

Bradley dismisses the question of religion very early on when the master anatomist dismisses it as 'superstition' and claims 'We are men of science'. God barely rates a mention from then on. It might be a neat bit of authorial problem-solving but it would never, ever have happened. Unbelievers there were many and their numbers rose as the century wore on, but faith and the loss of it were always an issue to be taken seriously; you simply cannot extricate your subjectivity from your times (which is the one thing that made me uneasy about Gail Jones's 19th century heroine in Sixty Lights and the ease with which she negotiates illicit pregnancy and single motherhood).

I'm not sure whether Grenville's hero concerns himself with God at any point either, but I don't remember any instance of it except perhaps briefly in passing, and a remark about the way God seems, to a small ragged London boy, 'foreign as a fish'.

Yet Christianity was the linchpin of (western) people's lives pre-20th century in a way it's almost impossible to imagine now. Religion trumps romantic love at the turning point of Jane Eyre, itself written at the hinge of the 19th century and again in first-person narration: the moment when Jane, having discovered that Rochester is married to the mad Bertha, resolves to resist becoming his mistress and to tear herself away from him and from Thornfield:

'I will keep the law given by God; sanctioned by man ... Laws and principles are not for the times when there is no temptation: they are for such moments as this, when body and soul rise in mutiny against their rigour; stringent are they; inviolate they shall be.'

Melbourne historian Greg Dening, reviewing Roger McDonald's Mr Darwin's Shooter on the radio a few years ago while I was struggling myself with ludicrous efforts to write good fiction about 19th century characters, said something I've never forgotten about the difficulties of attempting any kind of historical accuracy. Authenticity is, by definition, unrecoverable: the past really is another country and they really do do things differently there, and some things about it and them are forever made strange and mysterious by distance. 'The past,' said Dening, 'is more than just us dressed up in funny clothes and speaking funny speak.' 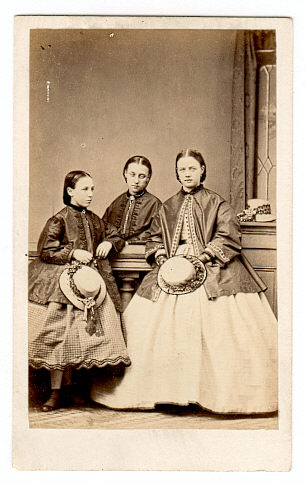 Cross-posted at Sarsaparilla.
Posted by Kerryn Goldsworthy at 12:01 pm 3 comments:

I got my invitation in the mail the other day to the Miles Franklin Award presentation dinner thingy. When I say 'invitation' what I mean is that I was being invited to pay them $90. This is actually not a ripoff as the one I went to in 2004 was a truly excellent affair in the way of food, wine and guest speaker: Cate Blanchett on Australian women artists, and I'm here to tell you the woman has a lovely brain as well as looking like, well, that -- lit up from inside by some magical, milk-white candle -- and she made a really excellent speech before going home early to breast-feed. Watching her deep in conversation with David Marr was quite an experience.

If I were in Sydney or if the dinner were being held here I would probably stump up and trot along, as prize nights always provide an excellent anthropological study. Watching the behaviour of shortlisted writers -- and their partners; sometimes especially their partners -- is cruel but highly entertaining. It's not the 90 bucks I mind so much as the plane fare halfway across the country.

And if I were a betting woman I'd be in a bit of a state; Kate Grenville has to be the favourite, but without going too much into who thinks what about whom, I can picture some strong resistance from at least one of the judges. To my shame I've not yet read all the shortlisted books so can't give a personal favourite, but if Grenville doesn't get it then it could be Brian Castro's year.
Posted by Kerryn Goldsworthy at 9:34 am 3 comments:

Over at the new Australian lit/culture/media blog Sarsaparilla, where Laura from Sills Bend has gathered together a team of us to blog the night away about all things antipodean or loosely related thereto, Wendy James has just posted a lovely quotation from Nabokov about the relationship between writer and reader. The post is headed 'Writers on Writing', which immediately reminded me of my own all-time favourite such book, The Eye of the Story by that incomparable chronicler of the American South, Eudora Welty.

I wrote my PhD thesis, back in the mists of time, on the representation of place in Australian fiction, so Welty's classic essay 'Place in Fiction' (1956), which appears in this book, was already familiar to me. But in it I found an image I had forgotten, and which I still think, even after all that has been said by critics and theorists over the last fifty years about fiction and representation and writing, is one of the best and most useful things about writing fiction that I have ever seen or heard anyone say:

'Some of us grew up with the china night-light, the little lamp whose lighting showed its secret and with that spread enchantment. The outside is painted with a scene, which is one thing; then, when the lamp is lighted, through the porcelain sides a new picture comes out through the old, and they are seen as one. A lamp I knew of was a view of London till it was lit; but then it was the Great Fire of London, and you could go beautifully to sleep by it. The lamp alight is the combination of internal and external, glowing at the imagination as one; and so is the good novel. Seeing that these inner and outer surfaces do lie so close together and so implicit in each other, the wonder is that human life so often separates them, or appears to, and it takes a good novel to put them back together.

The good novel should be steadily alight, revealing. ... The moment the place in which the novel happens is accepted as true, through it will begin to glow, in a kind of recognizable glory, the feeling and thought that inhabited the novel in the author's head and animated the whole of his work.'
Posted by Kerryn Goldsworthy at 2:17 pm 3 comments:

Newer Posts Older Posts Home
Subscribe to: Posts (Atom)
This photo was taken looking south from a crossroads in the middle of Yorke Peninsula, South Australia, which is the bit that looks like a boot: not the elegant heeled boot of Italy, but a humble foursquare working boot. About 300 metres down the road on the left is the gate to the home paddock of the house I grew up in, and another 5 km or so after that, my home town of Curramulka. This is the landscape I was talking about in my story 'Limestone', in North of the Moonlight Sonata.